Watching the results of this year’s flock, has been difficult to say the least. We have never lost a chick in the brooder these past 10 years and out of a flock of 25 we lost 50%.  That’s right 12.5 chicks have survived.  12.5%? You’ll have to watch the video to see how we came up with that math.

It’s hard to believe it was two years ago this spring since we battled the skunk who decimated our pullets in the coop.  We were hoping to replace the loss of that flock with 25 more beautiful Buff Orpingtons, but we got a curve ball thrown at us in 2021. Our supply lines are breaking down in the United States on a variety of homestead products which have been in ready supply on the shelves in the past. We were also shocked to discover from the retailer that there shipping lines have worked against the chicks sent to their stores.  Many of the chicks have died in transit from hatchery to store because the shipping service has refused to transport the peeps in a timely manner and have left them without heat, food, or water on the docks longer than their immature bodies can handle.  The stores being on such short supply instead of acclimating the birds, put them on display and sell them as quickly as possible because many will not survive the acclimation period in the display cases.  Sad.

If 2021 starts to unravel as it has this early spring as far as behavior to these little peeps, our metaphorical canaries in the coal mine, humanity is going to be in question.  How can I make this leap? Life is not being valued at all levels from humans to the lowly chicks sitting on the docks. How are we as people treating each other?  Is our culture and society valuing human life?  How is our society viewing the homeless that is rapidly increasing across our nation, how is our culture valuing the illegal immigrants flooding our nation’s borders?  Are we treating humans as the shipping company treated these baby chicks?  Keeping people “locked” up in stasis without the provisions necessary to survive?  Think about it.

I am not asking political questions here.  I am asking questions that are challenging a deeper issue as we slide down a slope that is unsustainable and should be prevented at all costs. Human life is important more important than these chicks, but these chicks are important to human life.  Get it? These chickens are a food source, they serve a domestic need for human life.  Are we devaluing human life as a culture?  Step back and ask this question with each news broadcast or television show plot from main stream media. Humans are not a disease factory, they have creativity, family, relationships; they are communities. If your perspective on people is much less, remember that perspective is against your own life as well.  You are seen as expendable, not worth the effort, a disease factory when you are not.  Sustainability in relationships is more important than ever right now. If you know family or friends in need, don’t let them sit on the “dock” too long.

Ammo Can Panniers for a Bicycle 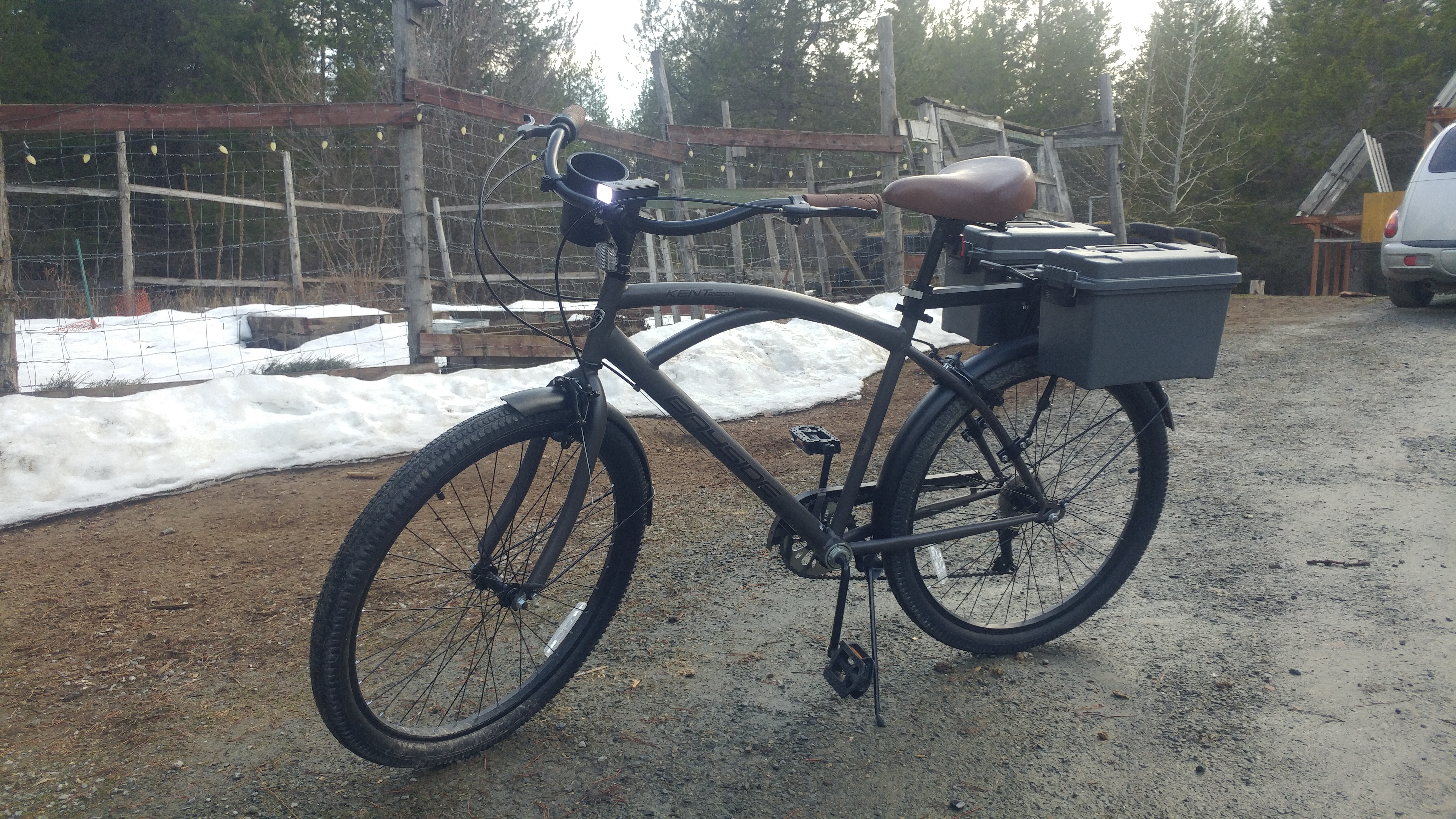