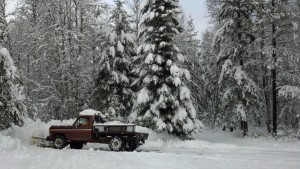 When it works, it works… It’s getting it to work that seems to be the problem.

Our plow truck has been let’s just say a challenge since we bought it.  First, I have had to rebuild the transmission and rebuild the plow head last year. This year, I decided I wanted to use the rear lights mounted on the bed of the truck to make sure I wasn’t reversing into a tree while plowing in tight spots.  The previous owner has done all the wiring and the truck is really an enigma when it comes to understanding which wire goes where, why it goes there, and why are there several wires dangling here and there and not going anywhere.

I traced the wires from the back lights forward and discovered a break in the line under the truck by the gas tank.  I used my test light to discover the wires traveling from the engine compartment were still live and would power up when the headlights were on.  I decided to patch the line here after I ran a new wire to a toggle switch in the cab of the truck.  I have several mysterious toggle switches in the truck that I have no clue what they do and without out a shop to pull in when the weather is wet, I will leave them for now.  I added another toggle switch to my door panel, at least I know what this one does. Once the barn shop is built, this truck is getting rewired.

Once I had the toggle switch wired to the lights, I turned the headlights on and flipped the switch.  One of the two lights turned on, the other did not. I checked for wire issues around the light, but knew since the two lights were hooked in series and the light further down the electrical line still worked that it was most likely the bulb.  The bulb was burnt.  I proceeded to my favorite automotive stores to find a replacement bulb; none that design could be found. The lights were discontinued and not made anymore.  One light would simply not do the task that I needed, so the hunt online for a LED light was on.  I found the LED light bar at Amazon.com and ordered it, but now  I could no longer work on the lighting until it arrived.  Postponed again.

When I received the light, I tested it on the battery, but discovered one of my two batteries was completely dead.  I then borrowed the batteries from my other property tucks and will use them in the plow truck for the winter season.  This saves me money  when it comes to purchasing a new battery, but it also helps maintain these batteries over the winter.  One thing about Northern Idaho winters is if you don’t use a vehicle for the winter season and just let it sit, the cold will likely destroy your battery before the next spring. 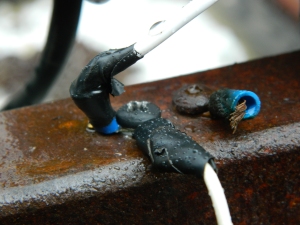 Frustration… Even when I took the time to protect the wires from the elements and create a new ground; it still did not work until I ran a second wire back to the battery’s negative side.

Now that I had power, I hooked up the LED bar light wires into the existing dead light for better weather protection.  I drilled a hole in the frame of the truck bed for a new ground next to the old ground.  I then drilled a hole in the light housing and threaded the LED light into it and wired it up. I replaced the old bulb to seal the housing for added protection. Now that everything was ready, all I had to do was flip the switch.  Once I flipped the switch the one halogen light still working came on as before, but my new LED bar light did not. Now comes the anger and frustration of working outside in the cold and the rain to have it not work.  I saw it work before and I knew the light was good.  I replaced all the old wires in the burnt light and even replaced the ground.  I had a secure connection, but nothing.  I used a test light and connect it to the ground I made; it lights perfectly. Day three ends.

Grounded… Sometimes securing the best possible ground is all a connection needs. I placed my other truck’s battery into the snow plow truck and parked the other truck for the winter season. Anything to save money on batteries this season.

That night I had a restless sleep.  Over and over in my head, “Light not working, light not working…Why?” Then I remembered when I used to check the lights on travel trailers for a rental company I used to work.  The problem was always the ground between the vehicle and the trailer.  The best way to end a ground problem would be to run a jumper wire from the negative side of the battery to the trailer, or truck bed in this case at the same point I am grounding my LED light.

Let there be light… The new LED light bar lights up for the first time. The light on the left is a burnt bulb that finding a replacement became more trouble than it was worth. I now use it’s housing to protect the LED light connections from the elements.

The frustrating part of a ground issue is they sometimes seem so illogical and that it couldn’t be the issue.  For example, the old light is grounded to the truck frame and still works.  The test light works off the power supply wires going to the new light and the test light turns on using the new ground placed on the truck bed.  This evidence supports the new LED light is bad, when it is not.  I wonder how many returns the company that makes this LED bar light receives for ground issues.

Now that is a sight… It feels good to have solved this mystery.

Like life metaphorically speaking, I need to be grounded properly or I will not function properly as a person.  I am glad my new light now works with the 16 gauge jumper I ran from the negative side of the battery to the grounding screw I placed into the truck bed.   I am also glad I was able to solve this puzzle and that my memory of a job I did over twenty years ago still serves me well.  Now that I have posted this, I have cemented a new memory to help me in the future when it comes to not being grounded properly.

What I see… I tested the light at night. Even the inside of the house was illuminated by the truck from the light refracting off the walls. This light would also be a nice way to communicate to the person behind me to turn off their high beams.

3 thoughts on “Are you grounded? Electrical issues with the plow truck”

Need to Disconnect? The Many Glacier Hotel and the Rest of the Story … 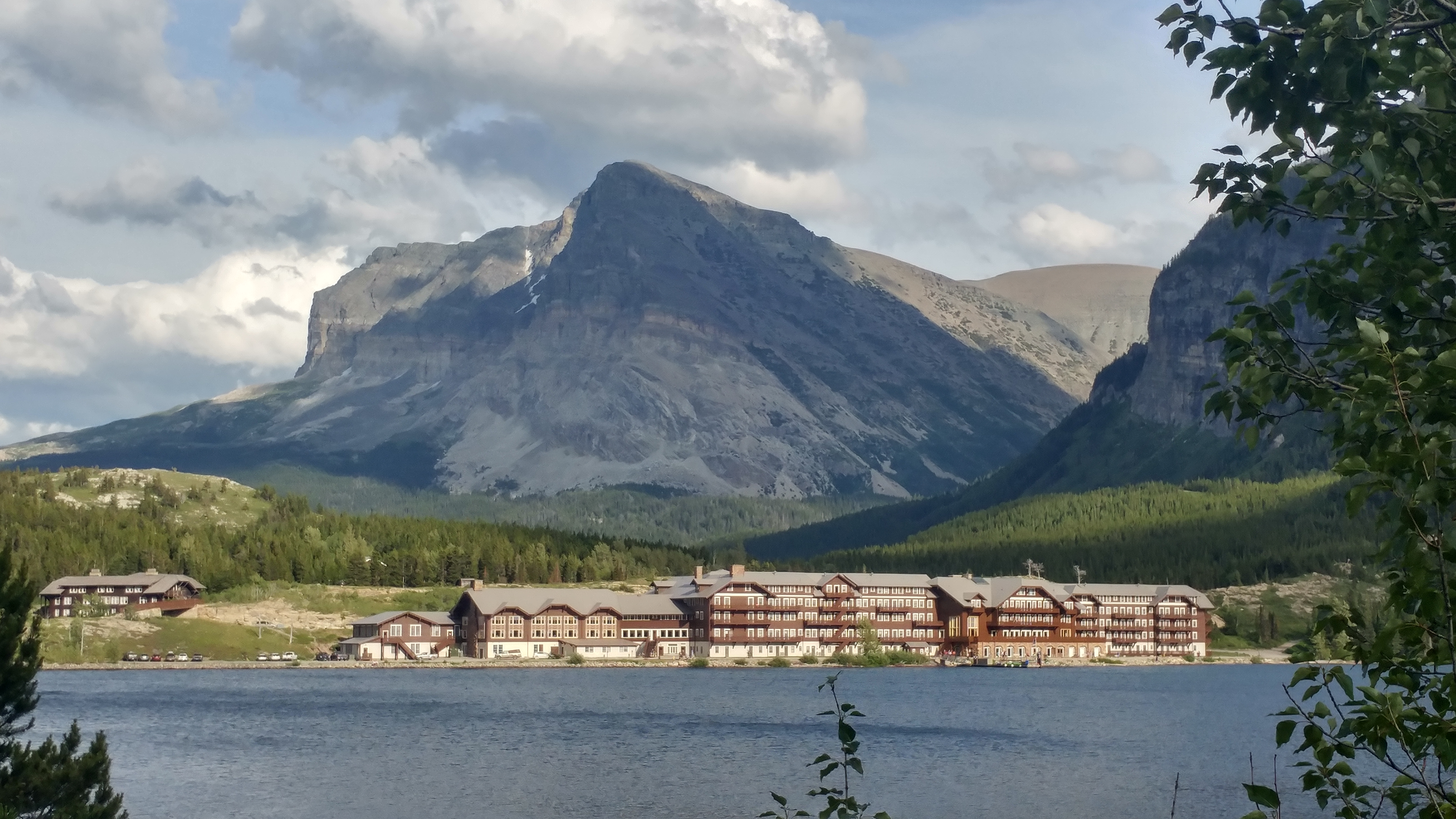 "It is no bad thing to celebrate a simple life." -Tolkien

Life in a Tiny House & the Great Outdoors!