The 2012 Electoral College between Romney & Obama… The media has already filled in the 2016 electoral map relatively as a repeat of this election. Remember Florida, Ohio, and Nevada are the states to watch, mentioned later in this article. Please see http://www.270towin.

Your voting precinct is already stacked with a dominant number of republicans or democrats.  Die hard party line people will continue to vote republican or democrat because they have been conditioned by fear to do so.  My voting precinct in Northern Idaho is voting dominant republican.  There is nothing I can do to change this.  Just as whatever voting precinct you live in is going to vote one way or the other and from past elections you know how the vote will go for this election.  Just as if you are in Oregon or Washington, those two states alone haven’t voted for a republican since Ronald Reagan in 1984.

I am no longer afraid of the elections.  I will no longer vote for the lesser of two evils.  I am through with the media’s scare tactics and I am going to vote for the candidate who will represent me and my values.  I cannot express to you how freeing this is.  Living in fear and fretting about the elections is pointless.  It is a drain of your energy and needless to say depressing.  Whatever the outcome, the one thing you can be sure of is how you will continue to stand for what you believe in despite who is in the oval office. I want to encourage you to free yourself.

Flying the Colors… For a few years, my wife would create these beautiful wood signs out of up-cycled wood to celebrate our county’s freedom. After all, this is our country’s 240 year of existence.

The last reason I am voting 3rd party is I am sending a message to both parties that I am no longer under their spell.  I will no longer accept demagoguery and be verbally beaten into submissive fear to vote for a candidate that does not represent my values.  There are many people who feel like me and are leaving the corrupt parties behind.  I will not be forced to vote for a criminal, cheat, cult of personality, or an egomaniac for president because those are my only two choices.  If those who are skipping the polls this year would research a third party candidate of their own choice and vote, then they could send their message in the polls to this corrupt system too.

Lastly, I am not going to say who I am voting for.  I found the optional third party candidates here and researched their stances online.  I then chose the candidate that best represented my values and will vote accordingly on Tuesday.  I want to encourage you if you are not a Trump or Hillary supporter to vote for the person and character traits in a president that represents your values.  Be not afraid for this election, it seems history may be repeating itself with similar circumstances and legal quagmire of the 1972 presidential election of Richard Nixon, and we all know how that ended. 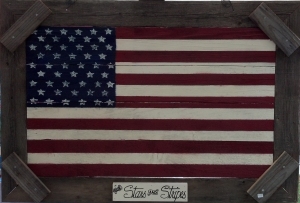 Life will go on… I love this sign my wife created. I also love my country, yet I am knowledgeable and realistic about the corruption. However, I will continue to enjoy our freedom and  exercise it with my vote and my money.

One last final word about the swing states this year, I do believe this election will involve cheating.  I am glad my state still requires paper ballots and does not use computerized voting machines. Even though my candidate will lose this race, I am still aware of the possibility of cheating.  Based on the following video and testimony to a Senate hearing as to the rigging of voter machines, I believe the states to be concerned about are the swing states of Florida and Ohio.  This is also the first time I have heard actual “real” hissing, demonstrating outrage, from an audience before. The other state I question would be Nevada based on the two articles I am linking to… “Election 2010: Nevada Senate: Nevada Senate: Angle (R) Still Holds Small Lead Over Reid (D)” (October 26, 2010) and “Did SEIU Ballot Fraud Play Role in Harry Reid Re-Election?” (November 11, 2010).  I remembered this election because I traveled through this state during this time and many citizens of Nevada were weary of Senator Reid and were confident they were giving him his walking papers.  Nevada is also considered currently a swing state or a light blue for Hillary.  If anything this election will be exciting, and I expect that even though the voting will happen on Tuesday that the recounts or checking for voter fraud will drag it out for weeks.  If either candidate bows out “gracefully” without contesting these electronic voter machines in Ohio, Florida, and Nevada, then I will be confident this election was decided long before the voters even went to the booths.

One thought on “Dear Reluctant or Fearful Voter”

Need to Disconnect? The Many Glacier Hotel and the Rest of the Story …

Beat the Heat: Purchase a fan that will last

An Inexpensive Solution to the Saggy Bookshelf

"It is no bad thing to celebrate a simple life." -Tolkien

Whimsical Moon Farm is a cozy nook in the countryside where we make hand-crafted herbal soaps with home-grown herbs.

Life in a Tiny House & the Great Outdoors!

Off The Grid Islander